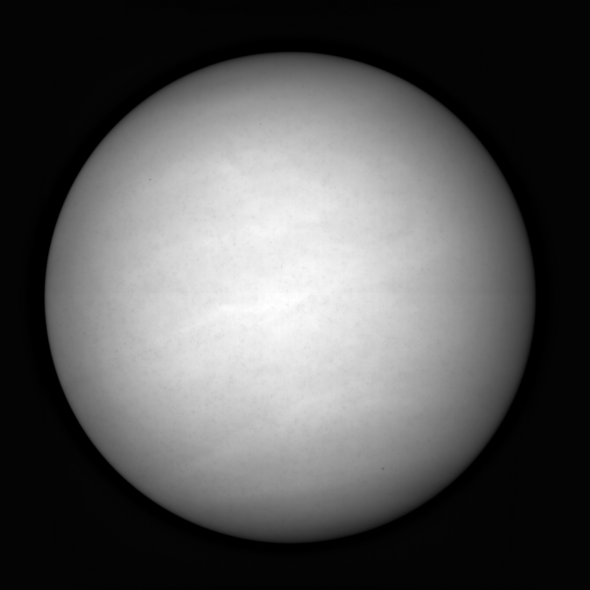 A 0.90-µm wavelength dayside image of Venus captured by IR1 (1-µm camera) on May 6, 2016 at 18:02 (UTC). Though appearing flat at first glance, enhancing the image shows the faint patterns of clouds. This pattern is believed to be a structure several kilometers lower than the cloud peaks. The image has been post-processed to improve clarity and correct inconsistencies in the center lines.