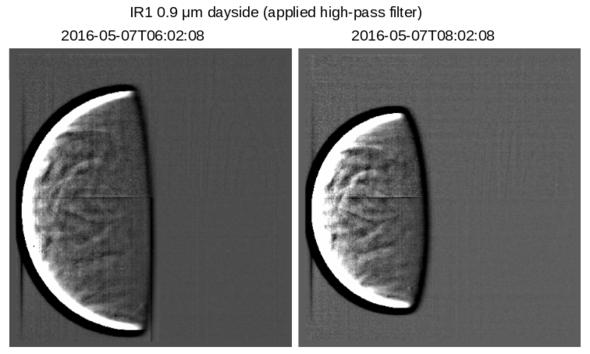 Venus dayside images at 0.90 µm by IR1 on 7 May 2016. Fine structures are clearly shown by high-pass filtering. Similar features can be seen in both two images with two-hours interval because the orbital velocity of the spacecraft (9 degrees per 2 hours) is comparable with the speed of the super-rotation (7.5 degrees per 2 hours). © PLANET-C Project Team