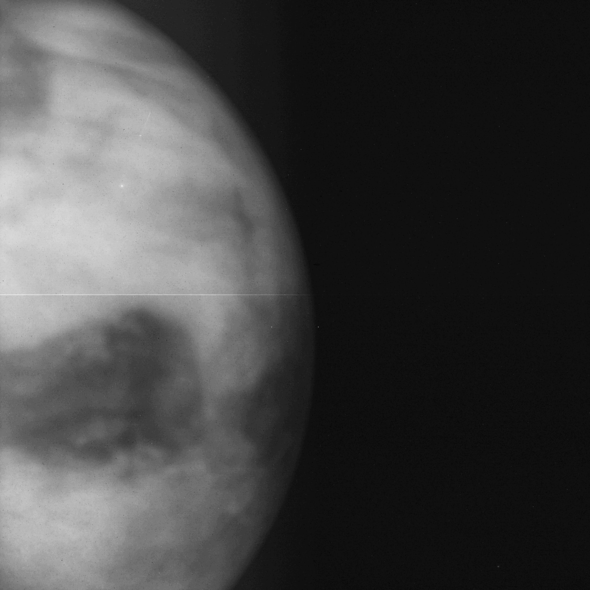 IR1 Nightside image of Venus photographed by IR1 at 1.01 µm

A 1.01-µm nightside image of Venus taken by IR1 (1-µm camera) on January 21, 2016 at 00:38. What you see here is mainly the distribution of thermal radiation from Venus' surface, with the dark spots indicating plateaus with low temperatures. The large, low-temperature area is a plateau called Aphrodite. The simulation depicts geometric height differences using light and dark and was created with support from the National Institute of Advanced Industrial Science and Technology (AIST).