Akatsuki is a spacecraft shaped like a box (1.04 m x 1.45 m x 1.40 m) equipped with two solar array paddles. It is equipped with thrusters and antennae that respectively allow it to enter orbit, to change attitude and to communicate with the Earth. 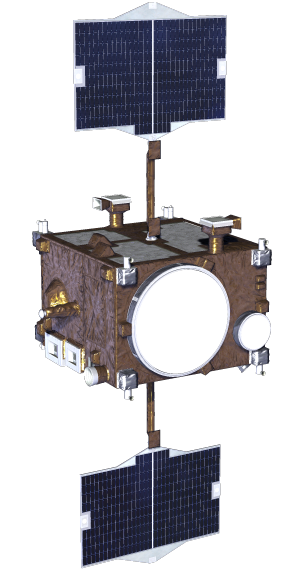 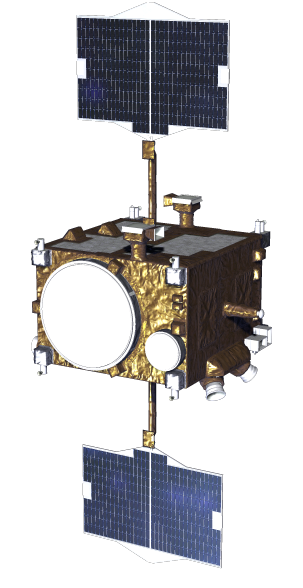 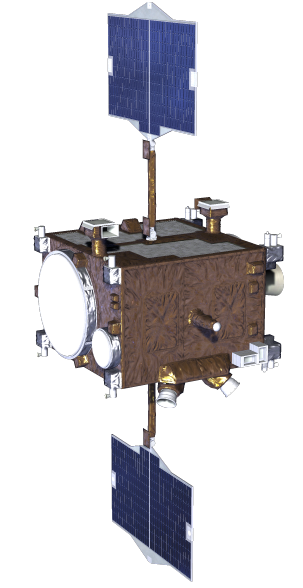 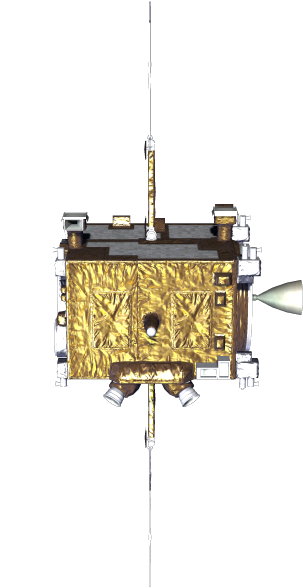 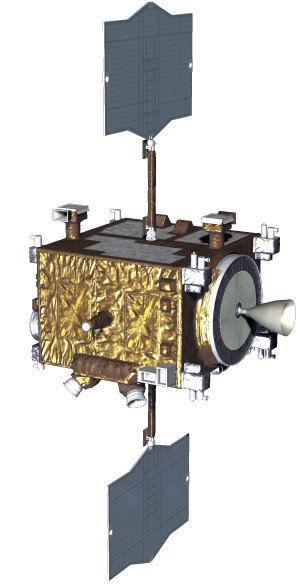 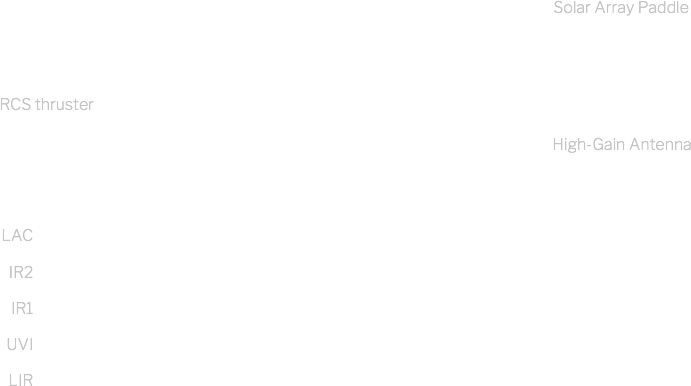 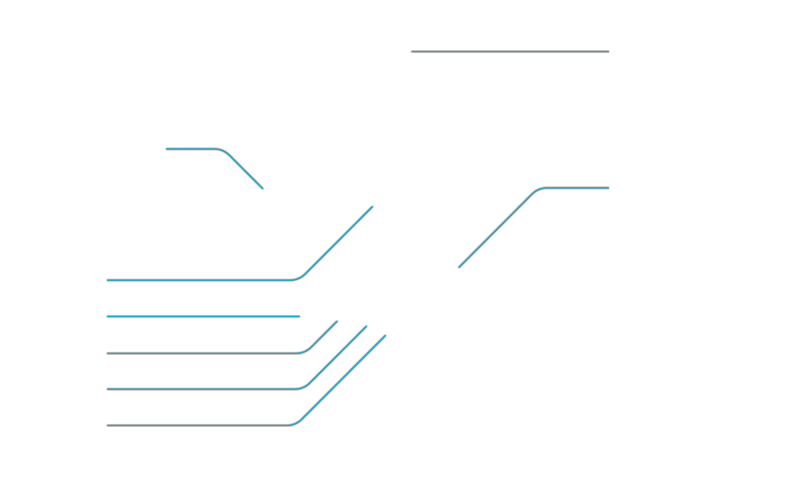 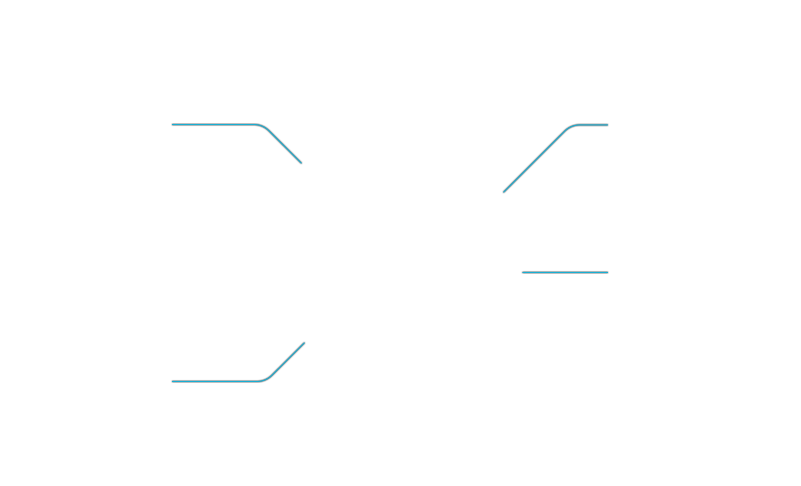 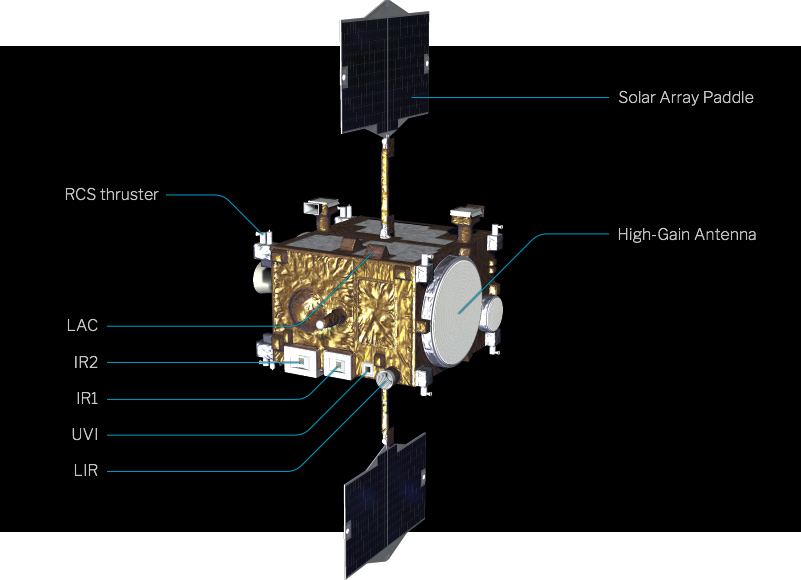 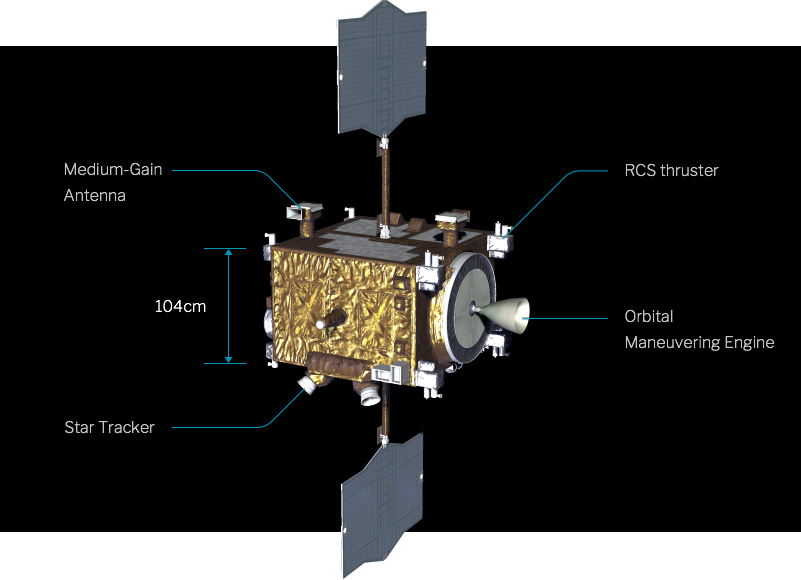 Venus is closer to the Sun than the Earth, so it is subject to strong sunlight. The two surfaces perpendicular to the booms of the solar array paddles are not exposed to sunlight, with silver radiating material being used to dispose heat into space. The remaining surfaces are covered with gold color insulating material to protect the spacecraft's internals from the effects of increased temperature due to sunlight. The antenna used to send observational data to the Earth is a flat-surface antenna, which prevents sunlight from being collected on it and raising the temperature. The main spacecraft body does not rotate, with the solar array paddles always pointing towards the Sun and allowing for a stable power supply.

As an observatory satellite orbiting Venus, Akatsuki consists of five cameras that allow for obtaining images of Venusian atmosphere at various wavelengths between ultraviolet and long-wave infrared, as well as an ultra-stable oscillator used to measure vertical profiles of temperature, pressure, and so on. The five cameras are all installed facing the same orientation so as to enable simultaneous observation of Venusian atmosphere. 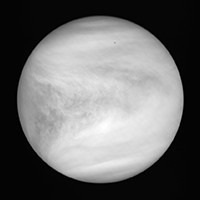 By utilizing the wavelength bands around 1 µm, which allows for seeing below clouds and near the surface of Venus, and by comparing infrared intensities of different bands, we can investigate the movement of clouds in the lower atmosphere, the distribution of water vapor, the mineral composition of the surface, and can check for the presence of active volcanoes. 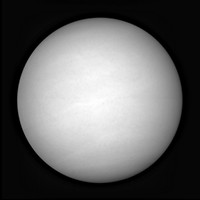 The 2-µm wavelength, which is emitted from below the bottom of Venus' clouds, allows for observing their density, the size of the cloud particles, the distribution of carbon monoxide, and other parameters, allowing for insights into atmospheric circulations at lower altitudes and into how clouds are formed. Zodiacal light was also measured en route to Venus to investigate on the dust distributed in the solar system.

*Includes cryocooler and common circuitry shared with IR1 (about 3.9 kg) 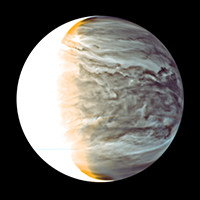 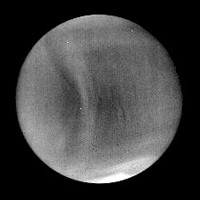 This camera, which can capture brightness changes at 1/30,000 of a second, detect lightning discharge at small intervals and can be used to settle the controversy on the occurrence of lightning in the Venusian atmosphere. In addition, it captures airglow produced by oxygen in the higher atmosphere at around 100 km, allowing for visualizing atmospheric circulations and waves between dayside and nightside.

When Akatsuki is concealed behind Venus as seen from the Earth, the radio waves transmitted by Akatsuki graze Venusian atmosphere and reach the Earth. This causes the received radio wave frequency to change. Analyzing those changes allows us to measure the vertical profiles of temperature and sulphuric acid vapor. The ultra-stable oscillator is a radio wave generator used for that purpose.