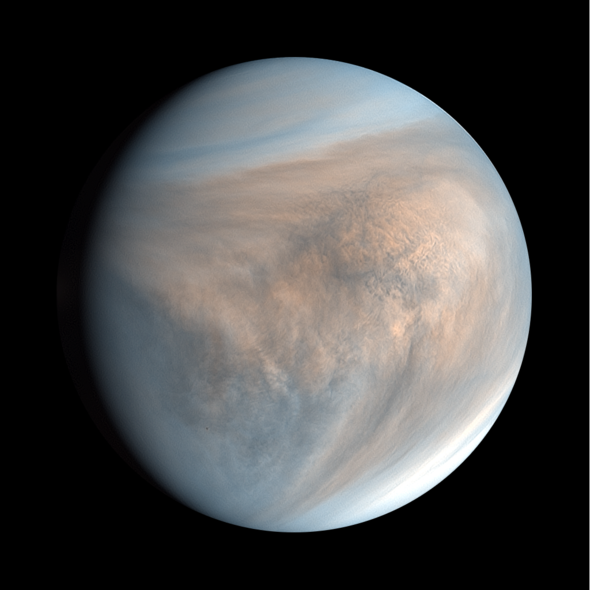 A synthesized false color image of Venus using 283-nm and 365-nm images taken by UVI. Images are colorized as follows: 283 nm → blue; 365 nm → red; mixture of both → green. In the 283 nm band observed by UVI, there is an absorption band of sulfur dioxide (SO2). Also, there is an absorption band of an unidentified chemical substance in the 365 nm band. For example, it can be said that the amount of SO2 is relatively low in the bluish areas in this image. A lying V-shaped pattern can be seen in a UV image of Venus like this. © PLANET-C Project Team

This image was made in reference to the following web pages: